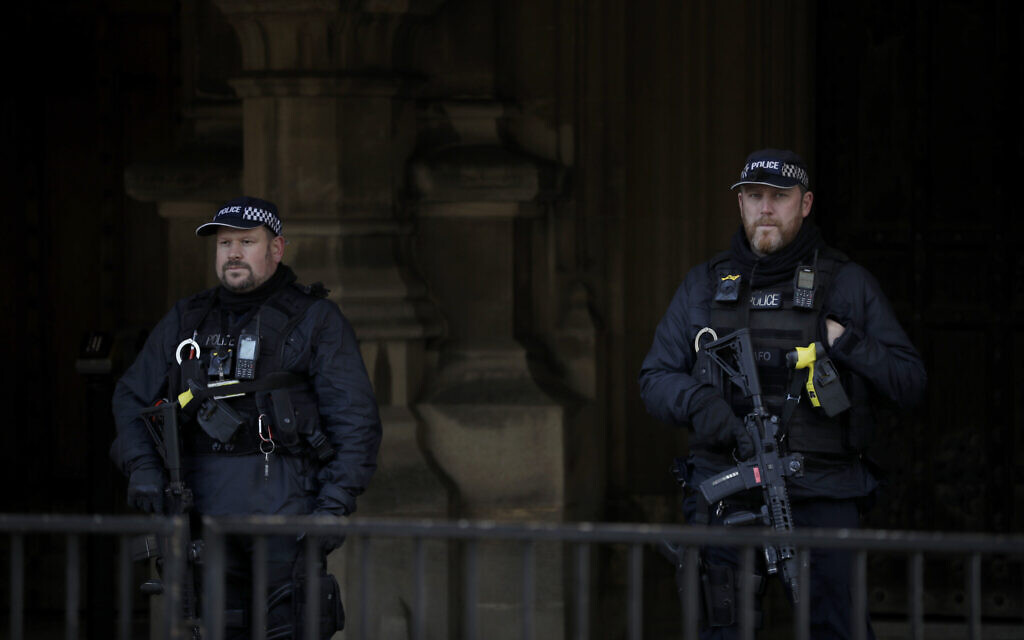 The unsourced report says the information is about the threat facing two reporters from Iran International, a London-based network critical of the Tehran regime.

In a statement on November 7, the network said: “Two of our British-Iranian journalists have been briefed on an increase in threats against them in recent days. The Metropolitan Police have now officially informed both journalists that these threats pose an imminent, credible and serious threat to their lives and those of their families. Other members of our staff have also been notified directly by the Metropolitan Police of separate threats.”

Then, last Saturday, armed vehicles were deployed outside the Iran International television studios in London.

Around seven vehicles were parked outside the studio in Chiswick Park, west London, after “serious and credible” threats were recently made against the two journalists, a spokesman for him told AFP at the time.

London’s Metropolitan Police have armed police stationed outside @IranIntlafter threats by the Iranian regime against its journalist. pic.twitter.com/5wlEZVkN9k

Police confirmed their officers were “working in response to potential threats being projected from Iran against a number of UK residents”.

“Although we will not go into detail as to what these are, it does involve the presence of patently armed police near the west London offices of a UK-based Persian-language media outlet,” the force told AFP in a statement.

The channel, which broadcast recent protests in the Middle East nation, has been banned by Iran as a “terrorist” organization but is still accessible via the internet.

“The threats against us have escalated in the course of the protests in Iran because we are reporting on them 24/7,” said the media spokesman.

He said the presence of armored vehicles was a “massive deterrent” that had “reassured” staff.

“They’ve been working there for five years, they’re used to it. Their families are threatened in Iran,” he told AFP.

“Recently in Tehran wanted posters were put up with some of the faces of our moderators.”

“But the spirit just keeps going,” he said.

Britain’s MI5 intelligence agency said last week Iran plans to kidnap or kill UK residents it deems “enemies of the regime”, with at least 10 such plans uncovered so far this year.

Director-General Ken McCallum, speaking at the agency’s Thames House headquarters, warned that Iran “projects a direct threat to the UK via its aggressive intelligence agencies”.

He said this could include “ambitions to kidnap or even kill British or UK residents who are perceived as enemies of the regime”.

I came to The Times of Israel after many years of reporting on US and Israeli politics for Hebrew news outlets.

I believe responsible reporting on Israeli politicians means presenting a 360-degree view of their words and actions – conveying not only what is happening, but also what it means in the broader context of Israeli society and the region.

This is difficult because you can rarely take politicians at face value – you have to make the effort to present the full context and try to overcome your own prejudices.

I am proud of our work, which tells the story of Israeli politics straight forward and comprehensive. I believe Israel is stronger and more democratic when professional journalists do this hard work well.

Your support of our work by joining The Times of Israel Community helps ensure we can continue to do so.

Many Thanks,
Tal Schneider, political correspondent

You are an engaged reader

We are very pleased that you have read X Times of Israel article Last month.

That’s why we launched the Times of Israel ten years ago, to provide discerning readers like you with essential coverage of Israel and the Jewish world.

So now we have a request. Unlike other news agencies, we have not set up a paywall. However, as the journalism we do is expensive, we invite readers who have found The Times of Israel important to support our work by joining The Times of Israel Community.

Many Thanks,
David Horovitz, founding editor of the Times of Israel