Like many other countries, the United States finds itself in treacherous political waters today. Blind loyalty to a party or politician, social media madness, the persistent failure of schools to teach critical thinking, and the declining popularity of fact-based journalism have all combined to shake the very foundations of democratic societies. Politicians have always lied, and voters, of course, have always been divisive and gullible. But now everything seems faster, louder and more dangerous. Can democratic government by the people and for the people survive…its people? What happens when excessive partisanship, irrational beliefs, scientific/historical illiteracy, and unfounded fears overwhelm a voting populace? To the rescue comes Timothy J. Redmond, a political scientist and author of an important new book, Political Tribalism in America. He has a lot to say about the mess we’re in and how we might think our way out.

What problem in American politics keeps you up at night?

Timothy Redmond: Our civic skills have not kept pace with our civic responsibilities. For example, editors and producers have traditionally had a responsibility to keep the country’s newspapers and nighttime news free of false information. However, with the rise of social media, that responsibility has largely become our own. We are all editors now. Unfortunately, we are often unwilling or unable to carry this burden.

America has always had a certain level of overheated political rivalry and turmoil, what’s different today?

TR: Long-form journalism has traditionally made us “stop and think.” In contrast, today’s partisan news and social media channels often encourage us to “hurry up and feel”. As a result, our ability to think and reason with our fellow citizens has sadly shriveled. Accordingly, we need to start practicing our superior social skills and sophisticated media habits again. 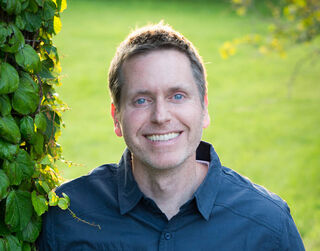 How can two people on opposite ends of the political spectrum find common ground on which to work together today?

TR: First, I would tell them to advise in person rather than on social media as the latter is not conducive to constructive conversation. Second, I want to encourage them to start identifying and discussing something that unites them as opposed to something that separates them. Maybe it’s a love of music, college football, or a favorite movie. After establishing a personal relationship, they can begin to explore areas of political disagreement. When doing so, however, they should focus on how they know as opposed to what they know.

For example, instead of arguing about the positive or negative impact of gun control on violent crime, the two should discuss how they know gun control increases or decreases violent crime. Here the discussion will revolve around epistemological questions of procurement, evidence and logic, rather than emotionally charged facts. Productive bipartisan conversations are possible and, if structured appropriately, have proven time and time again that Democrats and Republicans are not as divided or as different as we think.

What are some of your top tips that can help us all think more clearly about political campaigning and our voting?

TR: Democrats and Republicans must show humility. I encourage people to honestly judge whether their thinking has dictated their party, or, as is often the case, their party has dictated their thinking. Then I would encourage people to be honest about the depth of their political expertise. Many of us are incredibly passionate about subjects we actually know very little about. If we can take these simple, though certainly not simple, steps, we will be able to think more critically about the information that is being disseminated during a political campaign.

Why do so many candidates today seem extremely incompetent and uninformed?

TR: Part of this perception is due to availability bias. The most controversial candidates attract the most attention. As a result, many Americans find it easier to identify, say, Marjorie Taylor Greene (MTG) than their own member of Congress. This is certainly because MTG generates controversy and the attention it draws. However, our party affiliations allow less qualified candidates to be elected. Partisans are often more willing to vote for an underqualified member of their own party than perhaps for a qualified member of the opposing party.

After researching and writing your book, are you pessimistic or optimistic about America’s future?

TR: All in all, I am an optimist and remain so after writing the book. But our republic is currently adrift in dangerous waters. It is imperative that we develop and use our critical political thinking skills immediately. While the lone attempt to do so cannot set a nation’s course, it can help change the course of the ship of state when added to the efforts of others. It is high time that each of us took up an oar and rowed.