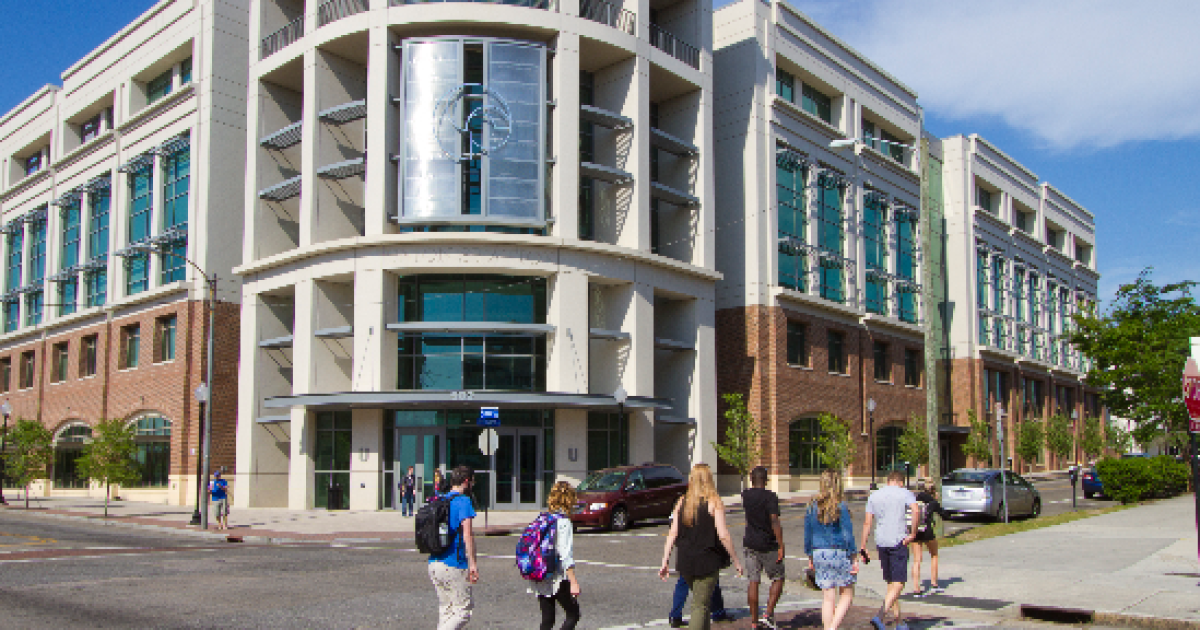 Funderburg said WHQR he could not disclose his statement(s) as they were discussed in the executive session, also known as the closed session.

“I can’t comment on that, nor can I finish what I raised in the open session,” he wrote.

So what does the Public Records Act say about the legality of this decision by the Board of Trustees and Board Attorney Ken Gray of Ward and Smith?

However, according to Martin, “any discussion (as opposed to obtaining legal advice) should have taken place in open court.”

No discussion ever took place while Gray sat among the trustees rather than in the audience.

Gray sent a statement to WHQR through Christina Hallingse, Director of Media Relations for the CFCC: “The BOT entered a closed session to discuss confidential legal issues with legal counsel so that the BOT could maintain privileged communications between attorney and client. If the BOT had not entered the closed session, it would have affected the counsel’s ability to provide an open assessment of legal issues. Therefore, the details of what has been covered are privileged and not disclosed.”

The key trigger for the closed session, which McLeod cited, was “the privilege of the attorney and client to discuss ‘personnel’ issues.

The Public Records Act states that a public body may hold this type of closed meeting “to review and direct an attorney in the handling or settlement of a claim, judicial proceeding or administrative proceeding.”

Hopkins has since dropped the threat of a lawsuit against the college and New Hanover County — but it’s plausible that Gray is telling the college that despite Hopkins’ testimony, a future lawsuit isn’t out of the question.

The Public Records Act is clear that a board of directors may Not go into closed session just because a lawyer is present:

And since Hopkins is no longer on the board, it’s not clear how the self-contained clause would apply to the staff — even if Hopkins did would have was considered a staff member and not a board member. Gray’s testimony has not settled this issue.

Regarding the Holding of a Closed Meeting to Discuss Personnel Matters “[a] public body must attend a public session of an official meeting to take final action on the appointment, dismissal or dismissal of employees or officers. These provisions apply only to employees and officers. They do not apply to members of the public, to oneself or to members of other public bodies.”

In the meantime, CEO Bill Cherrytogether with the university continues to claim they had nothing to do with the removal of Hopkins. They have said publicly that his removal must be taken up with New Hanover County.

The main claim Funderburk makes, however, is that the trustees are not following their own statutes in allowing the county to remove Hopkins. He maintains that general law governs the removal of a trustee, not the body that appointed him.

While Olson-Boseman unilaterally removed Hopkins and notified him via email, the law also provides that the removal of one of his own members must be done publicly:

WHQR has also reached out to the University of North Carolina Chapel Hill School of Government for comment and has yet to receive a response.

To see what the Public Records Act says about open and closed meetings, click here.