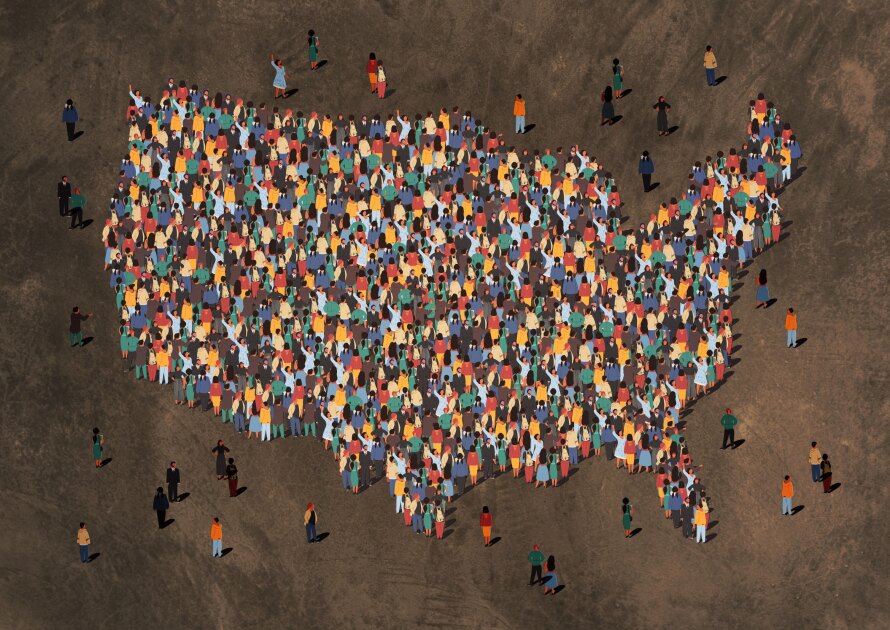 For many Americans, the first image that springs to mind when they hear the term “civics” isn’t the White House or a voting booth, but rather an animation singing piece of paper on the steps of the US Capitol. Telling a melodic story about how bills become laws, this cute little “Bill” is possibly the sum total of what many students know about their civic life and our civic processes. It’s not nearly enough.

I am Secretary of State for Kentucky; our civil processes are my bread and butter. While I’m proud to have helped Kentucky implement historic electoral reform under my supervision, that’s not enough: Students in my state and across the country need more and better civic education for our democracy to thrive.

We’ve just had 34 Senate and 36 Gubernatorial elections. With competition comes excitement, and that’s great. But we also see a growing polarity within our governing institutions and the electorate. This makes our willingness and ability to participate in civic life more important than ever, underscoring the need for solid civic education in schools. However, as of 2020 only 30 states Students were required to take at least one semester of a standalone civics course, and 11 had no requirements at all.

According to the Annenberg Public Policy Center at the University of Pennsylvania, which conducts an annual survey When measuring American civics, less than half of adults in the United States can name all three branches of government, down 9 percentage points from last year and the first drop since 2016. In addition, 1 in 4 respondents could not name any of the protections under the first amendment.

Further analysis by the Annenberg Center found a positive association between correctly answering civics questions such as those above and prior participation in at least one high school civics course.

Beyond the skills acquired, political learning promotes political participation as understanding and engagement are mutually reinforcing. Although turnout in the 2020 presidential election has skyrocketed to nearly 67 percent, we cannot rely on polarization to drive turnout. We need to embed our civic understanding and responsibility into the fabric of our society.

One of 4 [of those surveyed] was unable to identify any of the safeguards provided for under the first amendment.

Across the country, however, Americans are less likely to participate in organizations where they can come together and solve problems, build relationships, and experience community — places like arts and cultural organizations, community centers, and churches. These “bourgeois deserts‘, in which citizens have no consistent opportunities to participate in civic or political life, are becoming increasingly common in the United States. It is estimated that 60 percent of rural youth and 30 percent of urban and suburban Americans live in an urban desert. Declining participation and involvement in faith-based organizations and other institutions that have historically encouraged civic engagement underscores the need to invest in these opportunities and expand those opportunities through something we know works—education.

Schools are our most effective vehicle for instilling civic habits and values. Compulsory Education Laws in the United States has preceded improved civic participation and community involvement in many metrics, including voter turnout and advocacy.

Underinvestment in citizenship education is undermining one of the original purposes of the institution of public education in the mid-19th century: to inform citizens and prepare them for the tasks of self-government. Without clear and focused action, we will continue to grapple with increasing disconnection from democratic institutions and norms, and likely to see growing political divisions that threaten our entire system of government.

With expanded resources, we can reinvent the way we teach citizenship and explore new, innovative ways to assess students based on their knowledge. We need to ensure that students can learn and engage with citizenship beyond just learning in the classroom by providing opportunities for differentiated discussion of current events, encouraging participation in service-learning programs, and emphasizing the importance of school governance and other democratic processes. We can also work to develop and systematize common standards for social studies through government-led efforts to incorporate citizenship learning into government assessments and accountability measures.

Since 2018, Kentucky has required all students to pass a civics exam to graduate with a regular diploma. Even though As a lifelong Republican, I have crossed party lines and worked with both the Red Team and Blue Team to ensure that all Kentucky residents have access to robust and quality citizenship learning opportunities. Last year I joined the executive committee of the non-partisan Coalition for Civic Education in Kentucky. The coalition is launching a pilot program School year that would award graduates of a citizenship degree upon graduation with a gold seal on their degree, recognizing them as exceptionally informed citizens.

If we are to build an informed citizenry and robust political institutions, while ensuring that our children are more engaged in their education, we must do more to improve citizenship education. As other places for civic engagement continue to disappear, schools can serve as beacons guiding the future of our democracy.