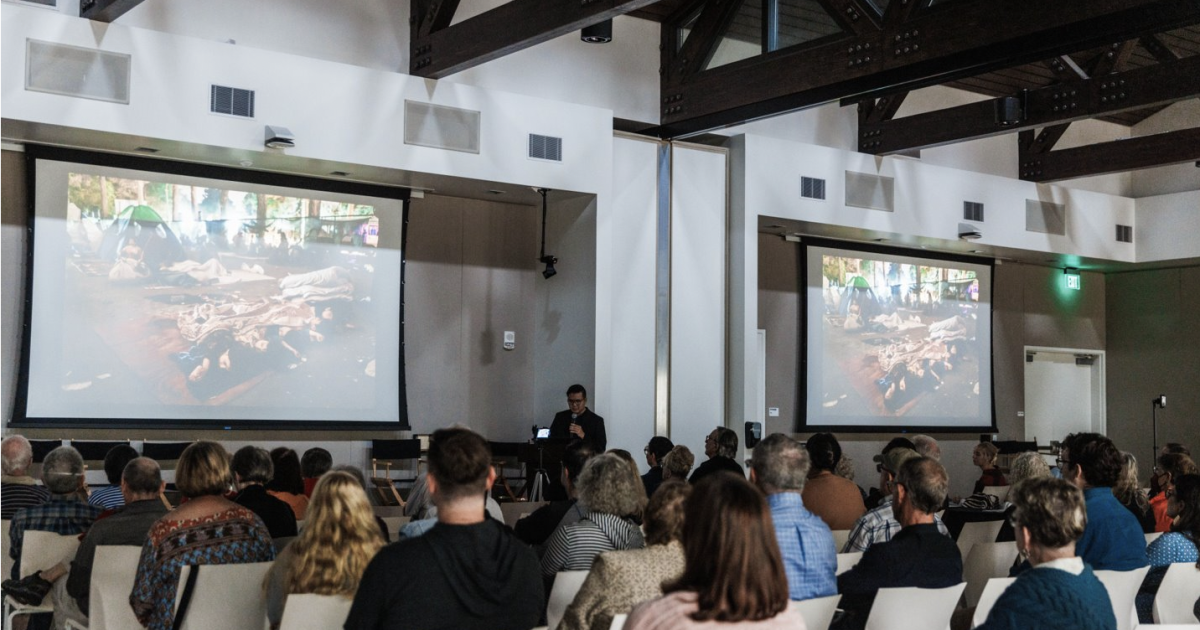 As we prepare to ponder and give thanks for the blessings in our lives this week, my colleagues and I would like to express our sincere gratitude for reading and for being a loyal subscriber to The San Diego Union-Tribune. Your paid subscription allows us to bring you award-winning journalism, as well as host and support dozens of events that bring our community together throughout the year.

Thank you to those of you who were able to attend the inaugural Festival of Journalism on October 15 at San Diego State University. We hope you were inspired as we listened to a variety of journalists discuss some of the biggest stories and issues in our region.

During the festival, UT Studio Productions presented a screening of the documentary “Journalism at Risk”. The murder of two journalists in Tijuana in January was a reminder of the dangers of reporting in Mexico. Journalism at Risk is a five-part video series that goes behind the scenes with the journalists telling Tijuana’s stories. You can watch the documentary here.

The Festival of Journalism was presented by the Union-Tribune, SDSU School of Journalism & Media Studies, KPBS and Voice of San Diego. We would also like to thank the more than 25 media and journalistic organizations and the dozens of reporters and editors who helped make this event a success.

If you weren’t able to attend, you can watch many of the panel discussions and learn more about our partners at FestivalOfJournalism.com.

The night before, the Union-Tribune sponsored the Big Brothers Big Sisters of San Diego County – 60th Annual gourmet dinner. This year’s theme was “The Big Show” and attracted 700 business and community leaders to raise funds for the organization and its mentoring programs.

We support the 21stSt The annual San Diego International Film Festival ran October 19-23 and included the return of the Opening Night Film Premiere, the Night of the Stars Tribute and Culinary Cinema. This year’s program included social impact films on issues such as refugees, environmental sustainability, social injustice, human trafficking and LGBTQAI+.

We were also a sponsor of the Challenged Athletes Foundation (CAF) Community Challenge Weekend 2022, held October 21-23 in Mission Bay. The event is CAF’s largest fundraiser of the year and includes activities for challenged athletes, their families and friends, and supporters.

Thanks to subscribers like you, we were once again able to sponsor the North County Philanthropy Council Volunteer Awards Luncheon on October 28th, celebrating our community’s volunteer heroes. Funds raised help ensure the continuation of the organization’s professional development and mentorship programs throughout the year.

Before I say goodbye, I also want to thank our veterans and those currently serving in the military. The Union-Tribune was once again a proud sponsor of Fleet Week San Diego this month, and I have had the privilege of meeting many of the men and women serving our country at Fleet Week San Diego’s 21st Anniversary Elisted Recognition Luncheon. It was an honor to spend time with these brave young people and get to know them better.

All of us at the San Diego Union-Tribune appreciate your loyal readership. Thank you again for supporting our work and our community.

Best wishes for a wonderful Thanksgiving.