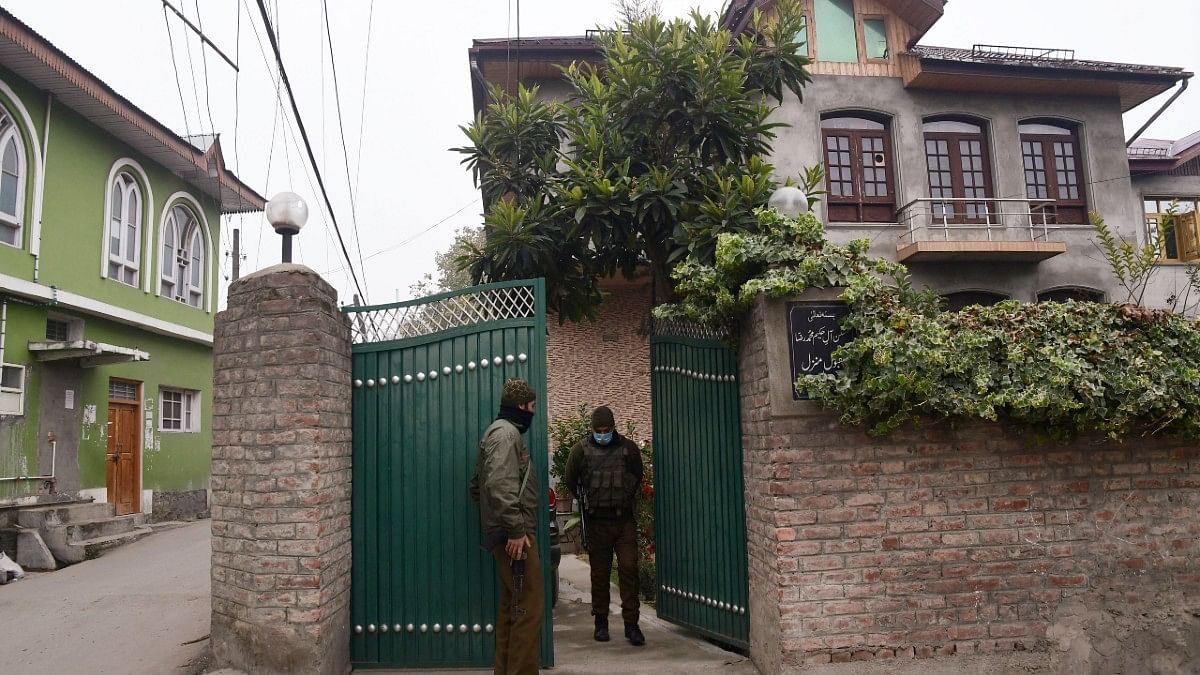 “Journalists in Kashmir are now in the firing line of both state authorities and terrorists, a throwback to the years of heightened militancy in the 1990s,” the statement said.

The Editors Guild of India is deeply concerned by the recent threats by suspected terrorist organizations against journalists working in Kashmir and the subsequent resignation of five journalists from their respective media outlets. The Guild strongly condemns such threats. pic.twitter.com/WWBmCGWF3X

ThePrint Monday met some of the journalists whose names were part of the list, but most were too afraid to be named. However, most of them felt that “the situation is worse now than it was in the 1990s”.

“I’m not at all afraid of the threats, but I’m cautious. I haven’t done anything wrong, so why should I be afraid?” One of the journalists named in the online threat told ThePrint.

He claimed that his name has been on such lists in the past as well, adding: “I have been cautious since 2019 because I knew things would take a turn for the worse (after the repeal of Article 370 in Kashmir). Time is such that I don’t even tell my wife where I’m going. Abhi mohol bohot kharab chal raha hai (Currently the situation is bad). And it’s getting worse every day.”

He further claimed that while journalists are harassed by the administration (when their reporting is perceived as anti-authority), such organizations (terrorist groups) also cause them problems.

Meanwhile, on November 12, Jammu and Kashmir police registered a case against “handlers, active terrorists and OGWs (Over Ground Workers) of the terrorist group LeT and its affiliate TRF for publishing online and disseminating a direct threatening letter to journalists and reporters based in.” Cashmere”.

Case registered against handlers, active terrorists and OGWs of terrorist organization LeT and its subsidiary TRF for publishing online and disseminating a direct threatening letter to journalists and reporters based in Kashmir. FIR No. 82/2022 U/S 13 UAPA, 505, 153B, 124A & 506 IPC in Shergari PS.

About a week later, on November 19, police conducted “massive searches” at various locations in Srinagar, Anantnag and Kulgam in connection with the case.

“The threats came from Pakistan with some input from here. We also look at people who were once associated with these (news) organizations. A total of 12 locations were searched,” Rakesh Balwal, Senior Superintendent of Police (SSP), Srinagar, told ThePrint on Tuesday.

He added that three of the 12 locations searched were linked to suspected TRF operatives Basit Dhar, Momin Gulzar and Sajjad Gul (who operates out of Pakistan).

“Sajjad Gul designs these lists and TRF posters. The role of Mukhtar Baba (a former Kashmiri journalist) was also discussed. He helped create this list. Another eight were suspects who may have played a role in the threats,” Balwal said.

Regarding the provision of security for journalists, the SSP said this is being done in offices and homes where they deemed it necessary. Personal security guards have also been provided to some media workers, he added.

Earlier this month, the threat was leveled at “pseudo-journalists” and “traitors and henchmen,” published on a blog believed to be operated out of Pakistan. “Many credible voices have been silenced and false voices nurtured in recent years,” it had claimed, adding that “their time/fate is sealed”.

also read: With Pakistan, peace is just a punctuation. Why Amit Shah’s Kashmir testimony comes as no surprise

“I don’t know who is actually militant”

However, this is not the first time the media in Kashmir has faced difficult times.

In January, the J&K administration shut down the Kashmir Press Club and took its control in Srinagar over a “potential law and order situation”. The move came days after the club’s re-registration was put on hold.

The Editors Guild of India has condemned the arrests of several Kashmiri journalists in the past, including Fahad Shah (editor-in-chief, Cashmere Walla) in February. In 2020, the Guild expressed “shock and concern” at the police crackdown on Masrat Zahra (freelance photojournalist) charged under the Prevention of Illegal Activities Act (UAPA) and Peerzada Ashiq (senior journalist of The Hindu) against which a FIR has been registered.

In 2018, the killing of in broad daylight shook the media in Kashmir Rising cashmere Editor-in-Chief Shujaat Bukhari in Srinagar.

“One does not know who the militant actually is, although senior police officers are doing an excellent job here,” said editor-in-chief Tariq Bhat. ANN Newswho was among those mentioned in the online threat.

Bhatt, who has been repeatedly threatened by TRF and LeT since 2019 – the year of the ANN originated – was secured by the government.

According to Bhat, what Kashmir lacks today is the “healing touch”. “Hard guidelines are important, but so are healing ones. But the healing touch is over,” he claimed.

Given the current circumstances, a senior media official told ThePrint that staying on as a journalist has become a daily struggle with his family.

The journalist credited in the latest alleged threat claimed he had previously been named in many such cases and claimed that many of the lists were “fake”.

“It often happens that the journalists themselves draw up a list. They want security and make a list. Every time a profile should be created before any of them are offered security,” he said.

According to him, a journalist perceived as “anti-national” is facing difficulties with security authorities. “When you say there are no roads, there is corruption – that’s not ‘anti-national’. But if you are in India and you describe Kashmir as a conflict zone, then you are ‘anti-national,'” he explained.

One of the media owners on the list told ThePrint he was planning to close his business but had been advised against it due to the number of employees. He added that the government had also told him not to resign after the threats.

also read: 1967 Mizoram became the template for India’s counterinsurgency operations. None have worked since then