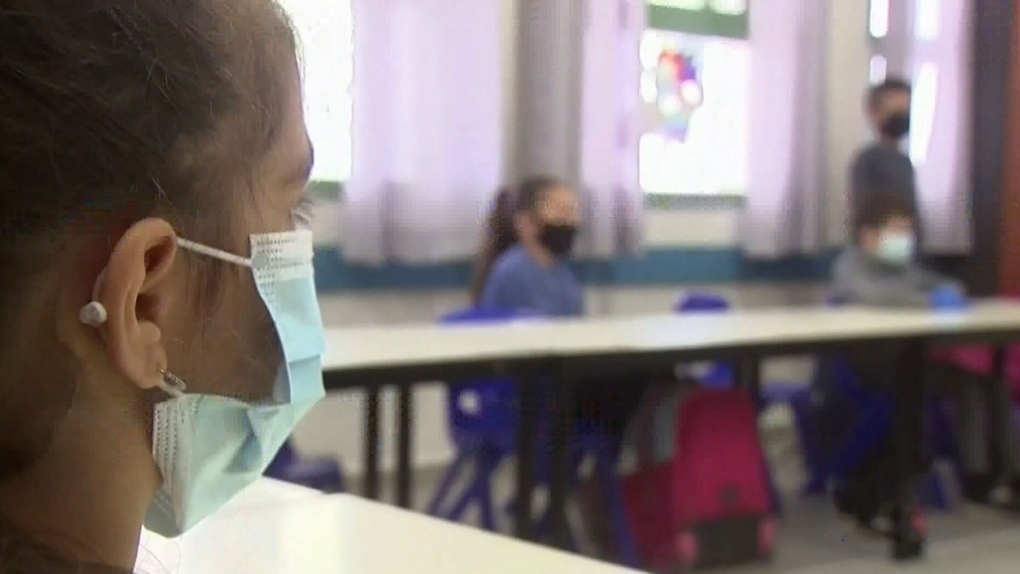 In an effort to “protect and enhance educational choice,” Alberta banned all K-12 school boards and early childhood learning operators from enforcing mask regulations and shifting to online-only learning.

On Thursday, the province in council passed two executive orders, effective immediately, amending the Education Act to prevent schools or early childhood intervention providers from denying a child access to class if he or she is not wearing a face mask or covering.

Additionally, any educational program operator that takes learning online must offer an option for in-person tuition.

For Premier Danielle Smith, the regulatory changes guarantee that students and parents have access to in-person learning and clarify that children cannot be denied the opportunity to learn based on personal choices about whether or not to wear a mask.

“Parents and students have told me time and time again that they want a normal school environment for their children,” Smith said in a statement.

“Against this backdrop, we have taken steps to protect and enhance education choice,” the Prime Minister added. “Families are free to make their own personal health care choices, and regardless of what that choice is, Alberta’s education system will support it.”

“Securing a personal classroom environment means students can continue to learn successfully while their parents can go to work,” LaGrange said in a statement.

The province noted that the Public Health Act continues to “provide the overarching direction in all public health matters and will continue to take precedence over all educational guidance in any future public health emergency.”

“This rule applies to operational problems caused by high levels of student absenteeism and teacher illness,” the province said in a press release.

Only in a “unique situation” can a school or educational authority apply for an exception to the face-to-face instruction rule for one or more classes or grade levels.

Both the masking and in-person learning changes apply to all public, separate, francophone, public charter and independent schools in the province for grades 1 through 12.

The masking change applies to all of the above school boards and early childhood settings.

The new direction for school boards and education providers comes as Alberta grapples with a massive spike in influenza and other respiratory viruses and increasing wait times at children’s hospitals.

According to national data, including figures up to Nov. 12, Alberta is the only province experiencing “widespread” flu activity, defined by the FluWatch program as outbreaks in more than half of a region’s public facilities.

Alberta’s new chief medical officer of health recently warned that interrupting school and work prematurely during this flu season would continue to fuel absenteeism in what is expected to be a “severe” sickness season.

This prediction was sent to all schools and daycares, along with basic health advice, in an information letter prepared by Dr. Mark Joffe and Alberta Health Service Chief Health Officer Dr. Laura McDougall, was signed.

At the end of October, Smith announced that her government would “not allow any further mask requirements for children”. Her comments came after the Alberta Court of King’s Bench ruling found the province failed to take proper legal action to prevent school boards from imposing their own mask mandates after a provincial ordinance dropped them.

The judge also found that the government’s decision in February to rescind the schools orders was “inappropriate” because it was taken by Cabinet, not the Chief Medical Officer of Health, who has been given that power under the Public Health Act.

CTV News Edmonton reached out to the prime minister’s office and to LaGrange for further comment.


With files by Alex Antoneshyn of CTV News Edmonton